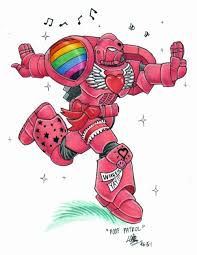 By the teeth of the living God-Emperor, it matters not what colour the power armour be; It is the might of the bolter and chain-sword that will prevail! Or, er, the Lightning-claw as well! 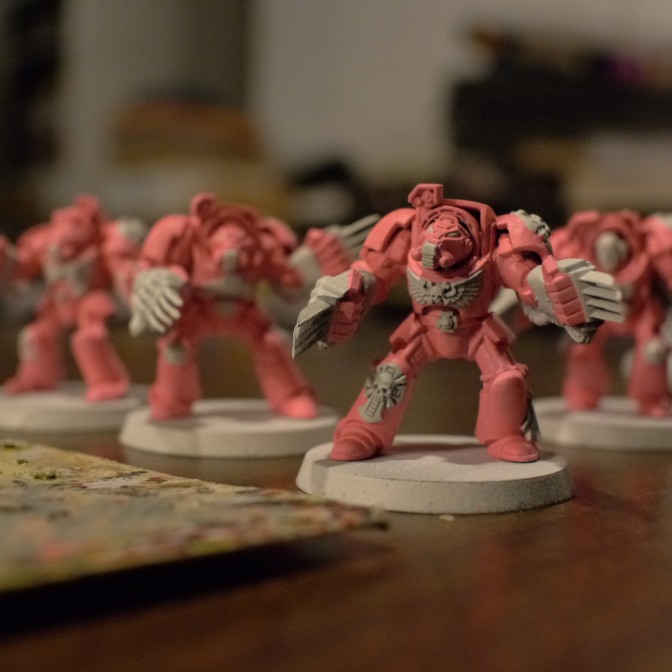 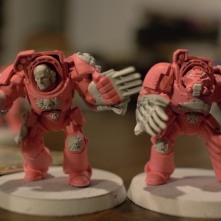 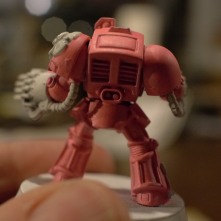 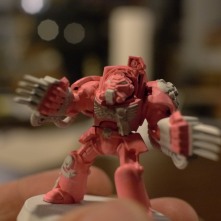 Although, I imagine it would be great fun to curb-stomp some beardy power-gamer with Purty Pink Power-armoured Space marines, this is merely the second stage of painting the Blood Angels Terminators. 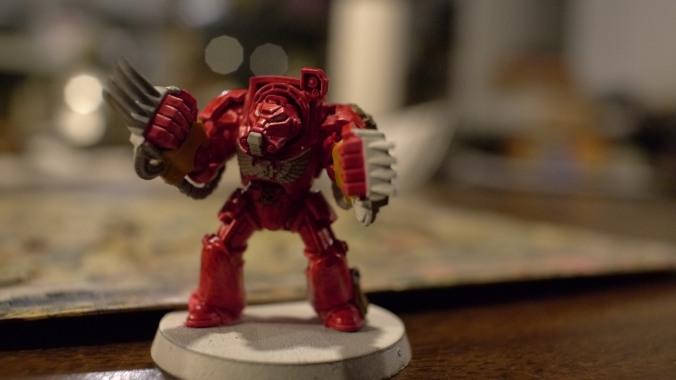 (not that any color is more womanly or manly than any other color. C’mon people, it’s 2017 here)

Actually, that red is still a few shades from being done. Our heroic marine here will look a lot darker when he’s finished.

Now, you may be wondering why these guys have been assembled as Assault Terminators, rather than the Tactical Terminators that were clearly on the box.

The answer is simple:

Our departed gamer already had a squad of tactical terminators painted and assembled: 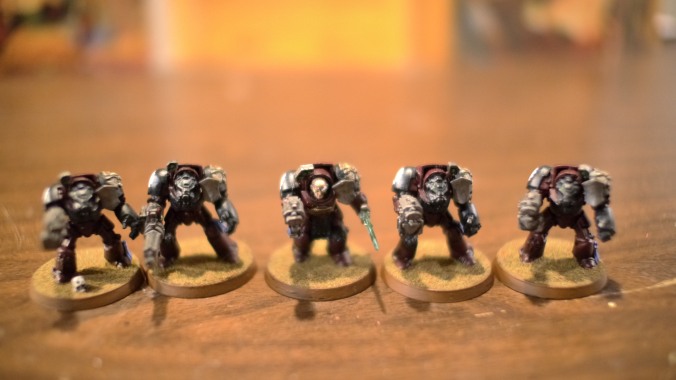 So I instead went with the Lightning Claws that I had left over from my own Crimson Fist Marine army.

Yeah, I know according to the meta, Thunder Hammer and Storm shield are the way to go for Assault (because of that sweet 3++ save) but I like lightning claws. 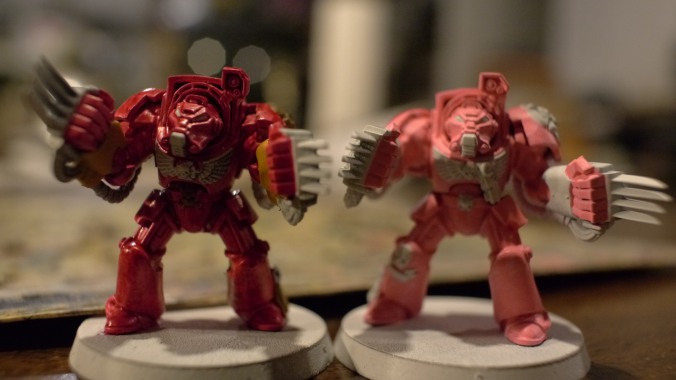 Next time, I’ll post the finished squad, and figure out what to paint next!