Or something along those lines.

So the dream finally happened, the dream of every black-hearted gamer everywhere:

An unknown gamer died, and they were selling off all of his stuff.

…and this guy had a lot of stuff. Mostly Warhammer 40k stuff, but altogether a lot of different gaming ephemera as well.

I went to the estate sale with cash in hand, and greed in my soul, thinking “Man I bet I can score some really good crap here!”

But when I got to the basement of the house, and started looking through all of the piles of this persons former treasured possessions, a wave of great sadness broke over me. After a while of searching through the jumbled mess, I asked the seller (who was not a member of the family, but rather a professional estate-handler) if I could sort everything out into the proper places where it belonged.

I ended up getting a rather large Blood Angels army out of the deal, at a significantly reduced price for helping the guy sort things out.

Honestly, that wasn’t my reason for putting the stuff in order, though. I just looked at it all, and felt so sad.

I thought “What if this was all of my stuff thrown willy-nilly into a sale pile?” I wouldn’t want that, and I suspect that this person wouldn’t either.

In any event, I’ve decided to chronicle the painting of this fellow gamer’s Blood Angel army, the only army that appeared to be mostly unfinished, and I suspect was his last project.

A journey of a thousand miles…

Well, you get the idea. It’s a metric shit-ton of plastic and lead to paint. 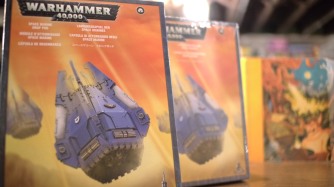 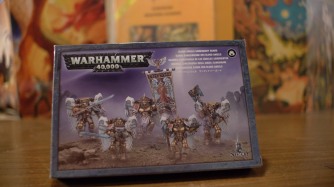 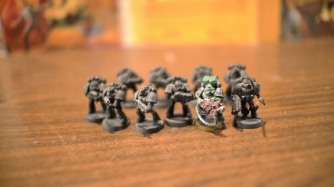 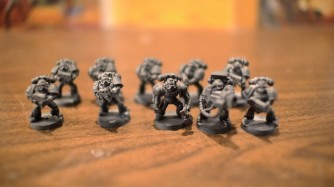 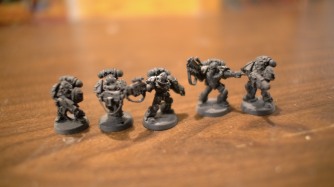 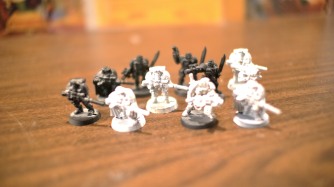 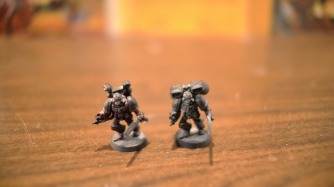 Now, I’m a pretty fair painter, and I can do a decent tabletop standard, but I’m not going to try and match the Flesh Tearers motif that the original guy was doing. Instead, I’m gonna paint them as straight-up Blood Angels.

I’ll post his painted work a little further down the line, so you can compare and contrast. First up for me will be a squad of Terminator marines.