The Meltagun is in focus. That’s the important part.

The bikes are done!

Interestingly enough, these are the fist Space Marine bikers I’ve ever painted! And I’ve been playing this game since about 1994!

So yeah, they turned out decently enough, I suppose. 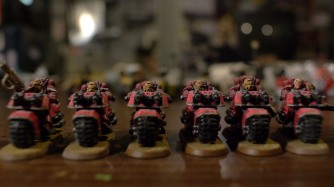 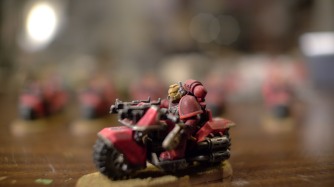 Except for the crappy spray sealant, which made the paint job look…misty… I guess.

But even better, I finished the DEATH COMPANY miniatures! The last five out of fifteen! Now I’m really ready for 8th edition!

With the Death Company done, now it’s time to take a little break from Blood Angels, as I now finally have enough painted for a proper 2000 point game. 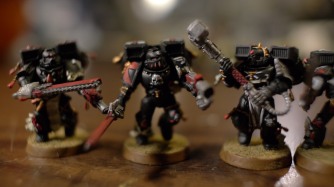 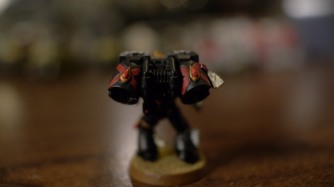 What then, am I going to paint?

The Crimson Fists, Chaos Marines, and Eldar are all pretty much done (Okay, the Biel Tan Eldar are only about halfway there) so out of the rest, I think the most likely choice is Orks.

Let’s get this WAAAAGH started! 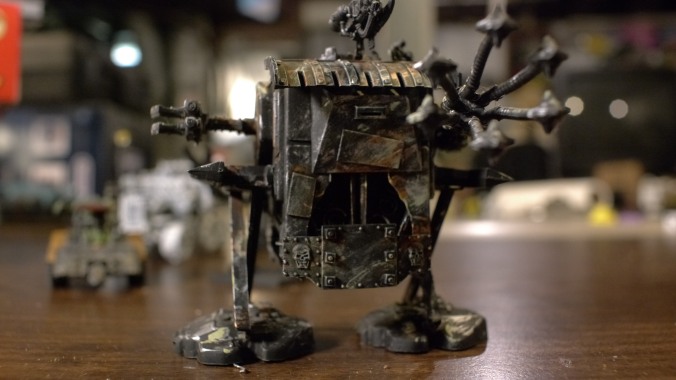 My Orks have been neglected for a long time. I have Space Orks that date all the way back to the Rogue Trader era that I picked up to add to games of Space Hulk, probably around 1990 or so.

I’ve got Ork crap from every edition to date, but I don’t think I’ve fielded an army since 3rd edition, or maybe 4th.

All that changes as of now!

The Blood Angels are official on hold, ’cause here come da Orks!

Even better, we should soon have a new battle report! Exciting times!

4 thoughts on “Bikes! Death Company! Something Else!”