What do you mean “We don’t blend in?”

How do any of these assholes survive to become full-fledged Space Marines?

I’ve decided to paint these guys in traditional Blood Angels scout colors, even though white clothing (and white gloves on at least a couple of them) doesn’t make a whole hell of a lot of sense for a stealth unit.

But it’s the Grimdark Far Future® so who cares, right?

Anyhow, the primer was layered so thick on some of these figures that I had to strip it off and start from bare metal.

My paint-stripper of choice is the highly toxic, yet highly effective Goof Off. Beware, it will eat plastic like a hot knife through butter! 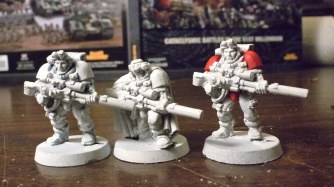 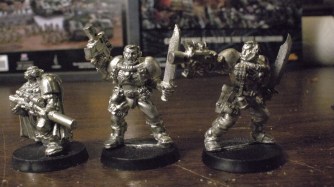 With some luck, I’ll have the rest of these guys done by next week, then I guess it’s time to start on a vehicle.