With all of these things to recommend it, how do you say no?

I’ve met a handful of Heretics who do not prime miniatures, and that always shocks the hell out of me!

My God man! How can you not prime? It’s one of the elementary principals of miniature painting!

If you have been following this project, then you know that I purchased a large Blood Angels army from an estate sale.

Over half of the army was assembled and primed, but it was primed in black, which to me presents a challenge.

Apart from the crappy priming job, look how crisp our detail is!

I prime my miniatures predominantly with white primer, because I think it makes it easier to see (and therefore pick out) detail.

I realize that there is a time and a place for black primer, and for me that is if I plan on doing a large amount of dry-brushing, like I eventually plan on doing with my five hundred or so Zulu warriors, whenever the hell I can find time for that project.

Every great once in a while, I’ll prime with grey, but that’s usually because I’m out of white primer and I’m too lazy to run to the store to buy some more. 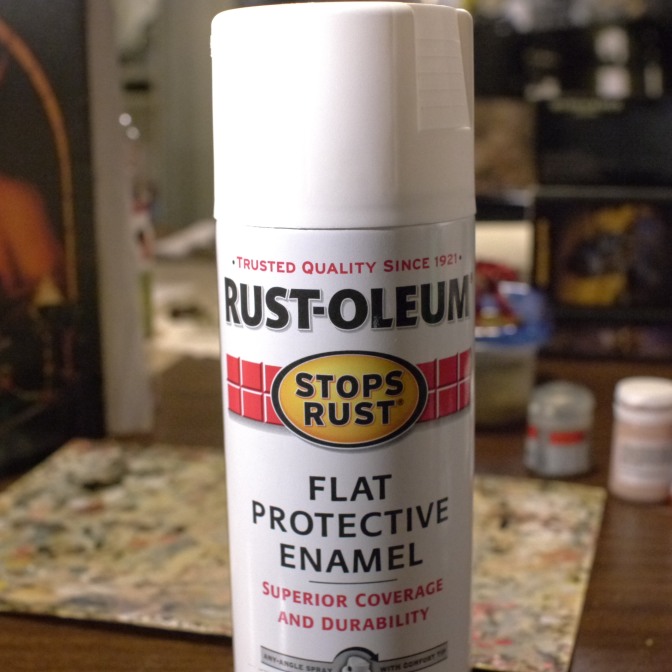 This is one place you can go a little cheaper!

I really mean it!

I’ve used the insanely expensive GW primers (only once) and I have to tell you, the four-dollar stuff works just fine.

I’ve never had any problems with it, and I’ve been priming this crap for twenty-odd years!

Okay, I picked up the somewhat more expensive Pitt Bull paint at the Porter Paint store near my house, because it was closer than Home Depot, but that’s laziness kicking in, and not thriftiness.

Rust-oleum is about four bucks a can, and works quite well.

Anyhow, I’ve decided to forge ahead with this tactical squad using our Fallen Gamer’s original black primer, just to see what results I’ll get. 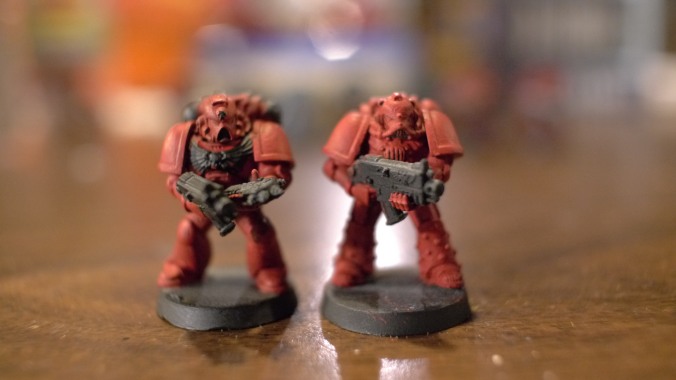 All of these are works-in-progress, so maybe I’ll be happier with the finished product?